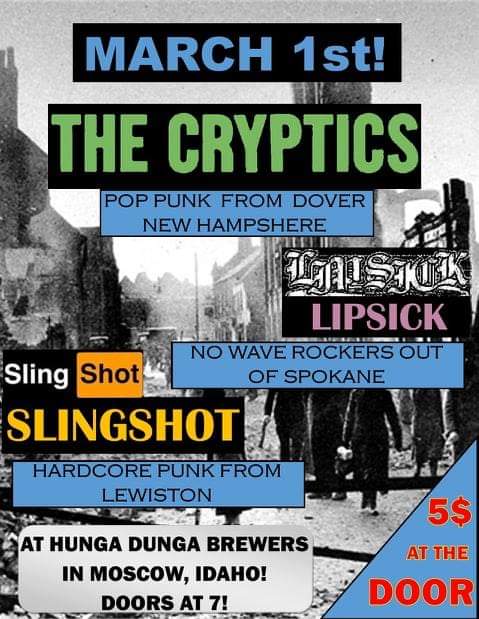 The concert featured Slingshot from Lewiston, Idaho; S4LT from Spokane, Washington; and The Cryptics from New Hampshire. The show was held at the Hunga Dunga brewery and was an overall great show. There was a wide variety of different artists there was a hardcore punk band, a pop punk band, and a ‘80s influenced synth artist.

The crowd had great energy, which overall makes the shows 10 times better. I loved seeing the mosh pit breakout during the Cryptics set it was one of the best mosh pits I’ve seen in a wild. I also really enjoy at the of their set the vocalist and guitarist of the Cryptics played his guitar on the ground. I know what you’re thinking…that’s freaking punk rock. And yes, it totally was. 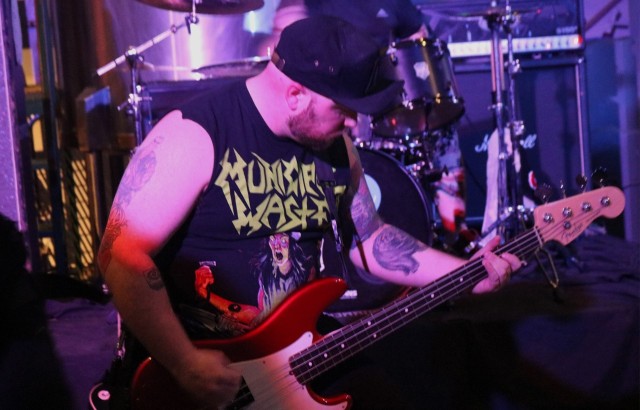 Overall this show was incredible and if you didn’t go this show you truly missed out on the great time everyone had. It was a great start to the 2020 shows that GPE will be putting on this year. If you ever get a chance to go one of their shows that they put on GO. It’s something you won’t great!